If you took the same Introduction to Economics class that I struggled through in college, you might remember this key lesson:

The law of supply and demand states that a low supply and high demand for a product will typically increase its price.

Why am I telling you about basic economic rules? Because changes in the supply and demand of products can result in the scarcity principle coming into play.

In this post, we’ll learn what the scarcity principle is and how you can use it to create high demand.

What is the scarcity principle?

The scarcity principle of persuasion coined by Dr. Robert Cialdini means the rarer or more difficult it is to obtain a product, offer, or piece of content is, the more valuable it becomes. Because we think the product will soon be unavailable to us, we’re more likely to buy it than if there were no impression of scarcity.

Brands can use the scarcity principle to persuade people to fill out a lead form, purchase a product, or take another desired action. Here’s an example: On many air travel booking sites, such as KAYAK, flight listings are displayed with a note that only a few seats are left at a certain price. Check it out below:

We know that airfare pricing is incredibly volatile — that’s why some of us wait until certain times or days of the week to make purchases — so the knowledge that only one seat is available at that price makes me think I should buy it now, instead of waiting and running the risk of paying more later.

To learn about general consumers, we decided to survey 300 people to see if they were more interested in products that had a limited supply.

45% of respondents said that scarcity makes them want to learn more about a product, while only 17% said that if it was too hard to purchase a product, they’d find it at another company. 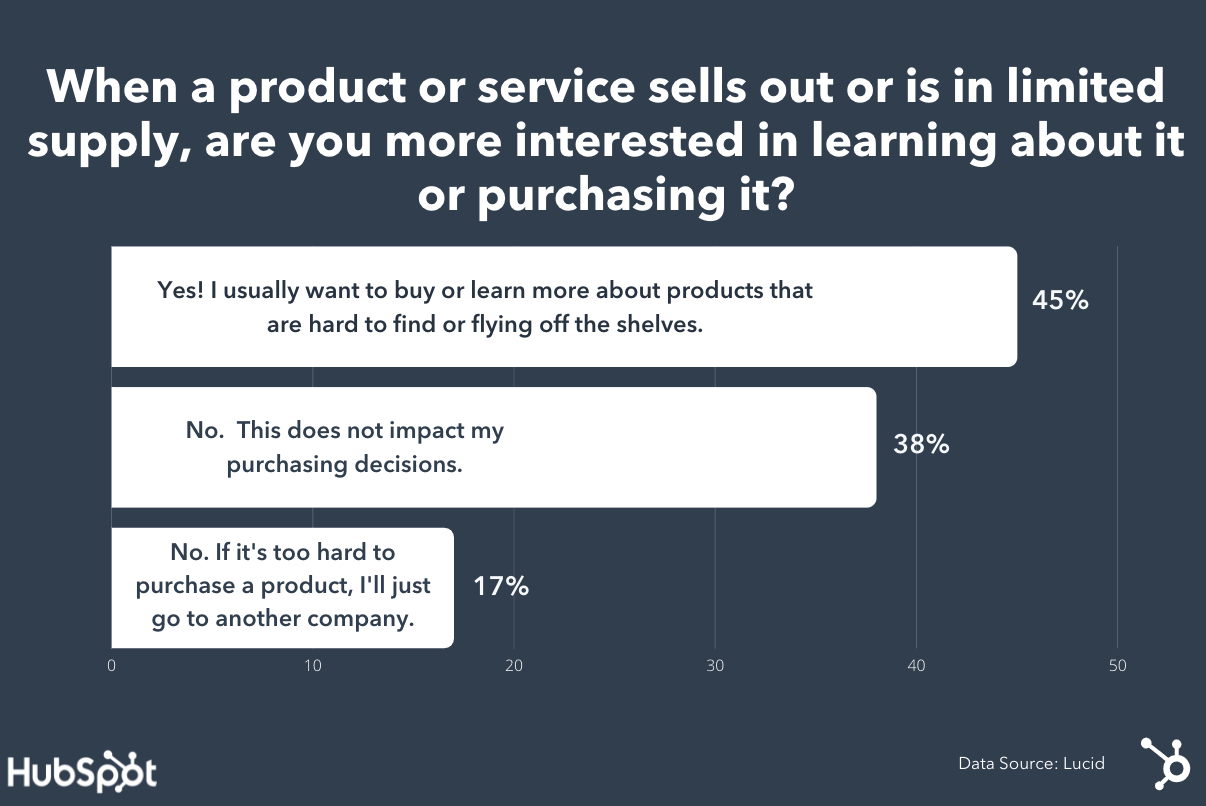 Now that we’re all up to speed on scarcity, we wanted to highlight brands that have successfully used the scarcity principle to market and sell different products. 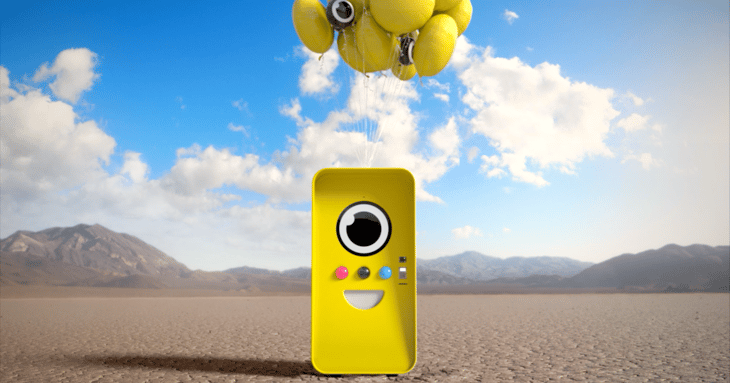 Ephemeral social media app Snapchat’s parent company, Snap Inc., unveiled Snapchat Spectacles in September 2016: sunglasses that could record 10-second videos from the perspective of the wearer. But instead of selling the new gadget online or at a storefront, Spectacles were initially only sold via Snapbots — smiling, Snapchat-themed vending machines that were randomly dropped in cities around the United States. 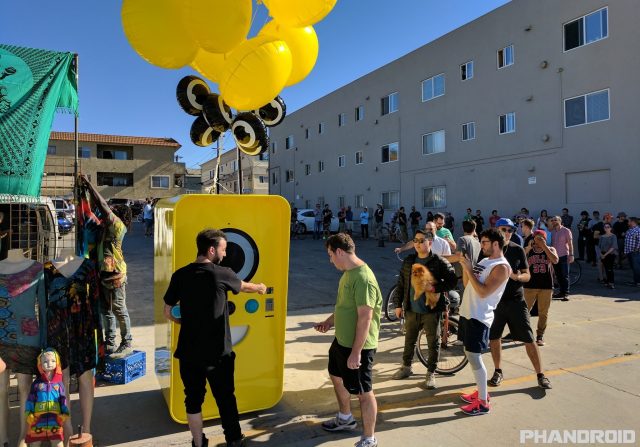 There were never announcements in advance of the arrival of Snapbots — most awareness was generated on social media channels, and huge lines of people would queue hoping to purchase Spectacles before the Snapbot ran out of stock for the day.

Now, Spectacles are sold online or at a few more permanent pop-up locations, so there’s no need to line up outside a vending machine if you don’t want to. But for the initial launch, the Snapbots was a unique approach to the scarcity complex. Spectacles were available for a limited time only — just the day the Snapbot was in your city, and you had to beat everyone else trying to buy Spectacles before the machine sold out.

Plus, the product’s scarcity meant nobody — ourselves included here at HubSpot — could stop talking about the Spectacles. Blog posts and social media comments about the unique selling approach helped fuel even more interest in the products.

MediaKix predicted Snap would achieve $5 billion in Spectacles sales by 2020, however, Spectacles failed to make an impression in the market and the company had to swallow about$40 million in unsold inventory after it released the first version. Despite that failure, the company is still developing several iterations of the product.

Regardless of how well the products sold, the marketing strategy to use scarcity helped pull people into a product that they might not have been interested in otherwise.

If you weren’t a big gamer back when Nintendo released the Wii gaming console in 2006, you might not remember that the Wii was one of the hottest commodities on the market. When it was officially released in November 2006, people lined up to get their hands on the Wii as soon as possible, but the mania didn’t end there. For nearly three years, the Wii was flying off the shelves, and gaming stores couldn’t keep shelves stocked — despite Nintendo increasing its supply to 1.8 million and then 2.4 million units of production per month.

Supply eventually caught up with demand — 48 million Wiis sold later. By starting out with a low monthly production number, Nintendo ensured that customers would be clamoring to buy more right off the bat. The scarcity complex here made people desperate to buy a Wii whenever they could — especially after a Nintendo executive advised shoppers to “stalk the UPS driver” and to figure out when Wiis were being delivered to stores to get their hands on one.

Coffee lovers have decried Starbucks for adding the “unicorn frappuccino” to its menu — made of ice cream, fruit flavors, and sour candy — but people couldn’t get enough of the brightly colored, highly Instagrammable drink. After stating on its website that the specialty drink would only be available for a few days, Starbucks was flooded with unicorn frappuccino orders — which quickly sold out within the first day. There are no sales numbers available for the specialty drink, but there are nearly 160,000 #unicornfrappuccino posts on Instagram.

Starbucks gets a lot of orders — and social media engagement — during another of its notorious limited-time offers — the Starbucks Red Cups. During the holiday season in December, Starbucks starts serving coffee in red cups for a limited time only to drive people into cafes and to get them to share #RedCups photos on social media. In this case, scarcity + food and drink is the magic equation.

Girlfriend Collective’s offer was simple: For a limited time, if you paid for the cost of shipping, the brand would send you a pair of $100 leggings for free. All you had to do was share a link to its website on Facebook.

Girlfriend Collective had just launched its website, and it was asking its female consumers to spread the word about the leggings so it could dedicate 100% of its advertising budget to leggings production. And if you think about it, that was a smart approach. After all, which are you more willing to trust: a Facebook ad offering free leggings or half of your friends in your News Feed advocating for the offer?

Using this model, Girlfriend Collective “sold” 10,000 pairs of leggings just on the first day of the campaign — in addition to the myriad of fans and buzz it scored as a by-product. The one-two punch of “limited supply” and “free” made this offer irresistible — even to me. 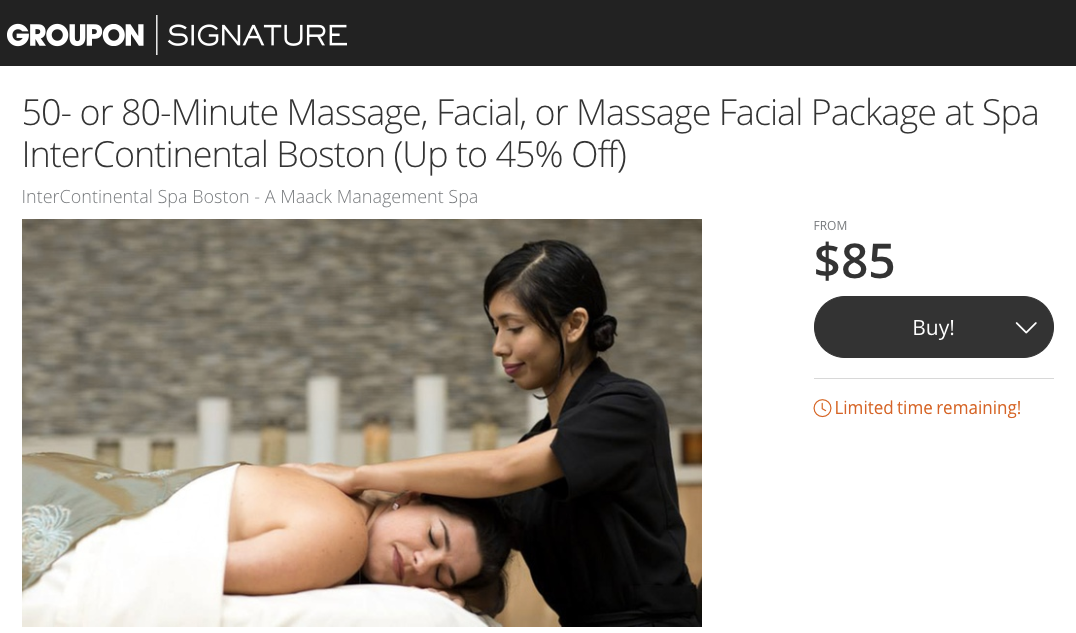 Groupon partners with different businesses to offer discounted services in exchange for new customers — and a split of the revenue. The site often uses a limited-time remaining warning (pictured above) to encourage visitors to buy quickly at the risk of missing out on a good deal.

For some deals, Groupon uses a few marketing psychology persuasion tactics to encourage you to buy. Check out the deal below: 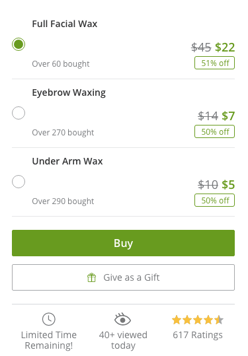 This deal uses the scarcity principle and social proof to encourage you to buy it — it’s only available for a limited time, and almost 600 other people have already purchased it and rated it highly. These strategies work well — Groupon made more than $3 billion last year. 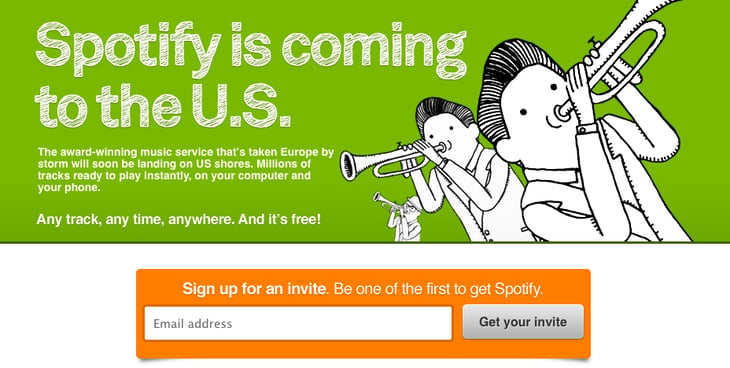 When the music streaming service Spotify was first launched, the United Kingdom was the only area that didn’t require an invitation from a friend or from Spotify to sign up. But due to high demand, Spotify U.K. actually had to start requiring invitations to manage all of the news users. The caveat to the invitation-only launches of Spotify around the world? Anyone could sign up for a premium, paid Spotify account. Using the scarcity principle, Spotify managed high levels of consumer demand by offering them a way in — for a price. Now, half of Spotify’s 100 million users are paid, subscribers. 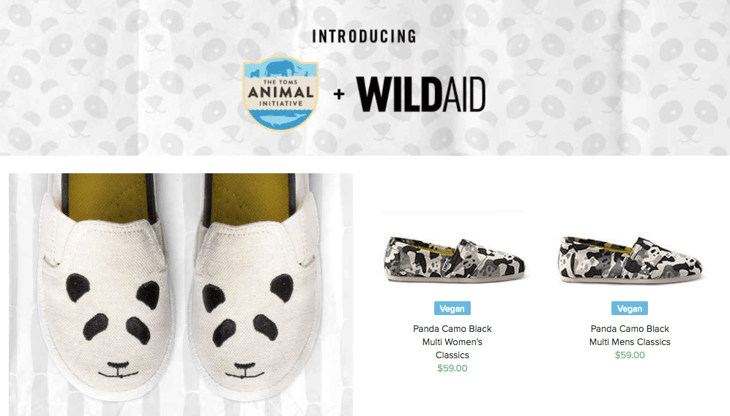 The beloved TOMS shoes offer a great value proposition beyond comfort and style: For every pair of shoes purchased, TOMS donates a pair to a child in need. TOMS takes that a step further by partnering with other advocacy organizations to share sales revenue to benefit other worthy causes.

Because the brand knows its customers are already philanthropic, it’s a safe bet they’ll want to purchase shoes benefiting other causes (such as pandas in the example above), but they still might need a push. So TOMS created a mini-site about why TOMS and WildAid are partnering, along with some fun facts about pandas and unique panda-themed shoe designs.

Then, once the visitor has read the entire compelling site and started browsing the vegan, panda-friendly footwear options, TOMS subtly lets them know that the shoes are only available for a short period of time. In other words, helping cute pandas is only an option for a limited time, too.

Editor’s note: This post was originally published in May 2017 and has been updated for comprehensiveness.